Simple actions can challenge gender stereotypes and build a better IT industry. Gender equality has been an issue for the IT industry since its foundation. Over the past two articles we’ve covered a lot of ground.

First, we uncovered a massive gender gap in the IT industry, and traced its origins back to three key issues driving women away from IT. Then we explored what impact these issues had and found ways to change our workplaces for the better. In this piece, we explore how different equality initiatives can impact IT organisations, what happens when they fall flat, and what success looks like.

Getting the balance right

One interviewee explained that a successful workplace depended on dedication to balance.

“Either take gender, age, skin colour, family life, sexual preference, marital status OUT of the equation and focus on proven skills and experience. OR respectfully include them and acknowledge the untapped well of potential value they can provide.”

“I want to see women participating in every level of the business. And I want to know that they are making the same as their male counterparts, regardless of if they have families to raise or not.”

“I want to see a workplace where women have the power to make decisions. Where they have the autonomy to look at a situation an make a decision without needing a male opinion for that decision to be taken seriously.”

According to Ross Sardi: “The future of IT is about helping people. Whether you’re designing, creating, supporting or using technology, we need to show everyone that the skills and behaviours that are most in demand are the people-centric ones, and the stereotypical view of tech roles that are turning women away from our industry is outdated.”

While we’re proud of our efforts, First Focus have also implemented initiatives that our interviewees have said fall short. They’re included here so that others may learn to avoid these mistakes.

“Normal celebrations for International Women’s Day consist of getting the office to wear pink or purple, poorly decorating the office, serving “morning tea” and taking team pictures that force me to the front of the room like I’m some kind of mascot. No one talks about inequality in the workplace, there’s no information being presented by the company about reasons for it.”

“While it’s always good to celebrate equality, I think that conversations around events like International Women’s Day should be more focussed on diversity, inclusion, and flexibility at work as a whole. It’s easy to try and celebrate women in IT, but does it really make a difference to the way we work? True diversity should not discriminate. There should be no need to call out our differences in order to promote a supposedly diverse organisation.”

“We do good work in hiring for fit, but we could do more to engage with people who are still studying IT. Internships and graduate programs would let us show people who are new to IT how equality plays a part in the industry. Even if they eventually choose to work for a different company, we’ve still imprinted the normality of equality on their workplace expectations. And that then flows out into the industry.”

“While anonymity is great, it’s still hard for me to give feedback and be confident it’s anonymous. If the TinyPulse system shows scores by gender, department, or even by office, I’m immediately identifiable. I’m the only woman in a high-level technical role. I can’t point out gender issues or give feedback on how to improve those issues through that forum unless I’m comfortable being immediately identified. I’m always afraid of being labelled a complainer or a squeaky wheel especially because that feeds into uncomfortable gender stereotypes.

“I like the anonymous surveys we run, they’re a great way to check in with the business. Although I’m honestly not sure what we do with the intel. I feel that there’s more space for management intervention.”

“Because I’m in a minority I often find myself acting as an ambassador or a representation of my entire gender. I’m constantly worried that if I have a certain type of reaction it will either be dismissed because “That’s just what my gender is like,” or I will accidentally get my whole gender painted with that brush. If a man complains it’s because he’s unhappy, if a woman complains it’s because women overreact to things. I’m not saying I’ve particularly faced those issues here but they’re one of those subconscious things that I have to work with and be constantly aware of.”

“At First Focus I received great support since announcing my pregnancy. But I still have a huge sense of guilt that I will need to return to work after six months. Ideally, I would have taken longer but I feel I just can’t afford to career wise.”

“No matter how hard we try, there are always gender gaps in some departments. This is particularly true in client-facing roles such as technical accounts and sales. I don’t know why this is the case. It may be that there just aren’t as many women who want to be involved in these roles. But it’s jarring and that’s a scenario I’d like us to challenge as a business.”

“On the whole we don’t specifically aim anything at women except for International Women’s Day, which I like because my gender shouldn’t matter and it doesn’t seem to until it’s time to put pictures of me up on the website or Linked-in. I don’t really like being singled out because of my gender and dread IWD every year because of it. I don’t like appearing in photos at all but I put up with it because it’s a team player thing and if I ask to be left out there are issues especially on IWD because if I’m not in the photo’s it’s a picture of a dozen men. I don’t want to be seen as special. I don’t want my gender to single me out. I just want to be seen as a good tech, a mentor, and a leader. Or even just a person.”

First Focus is committed to hiring the best people for the job. To that end, First Focus has implemented a number of programs that our interviewees have said go some way towards helping level the playing field.

“The emotional support and skills I’ve learned through our employee assistance program (Uprise) have been immensely helpful. Having a support person that I can book in sessions with is great and when you score low enough on any of the health checks they call you to check on you and help you book in a chat. Great product and very happy with the implementation of it. I recommend it to EVERYONE I talk to here.”

“When I attend sites with clients, I have never had anyone question my skills or ask why I don’t have a male counterpart on site with me. I have been taken seriously 99.9% of the time. I have never doubted my choice of IT as a career. I feel confident that I can handle any situation in the sphere of my work. And that’s because I fell that the company has my back.”

“Making one-on-one mentoring a structural process that First Focus builds into their succession, training, and promotion planning has been a great thing. While there have been some teething issues, I think it gets better every quarter. I’ve enjoyed being asked to fulfil the role of mentor a few times and even got to participate myself to learn to be a better mentor.”

“It’s great that we have these programs. One-on-ones with the team are a great way to keep communication channels open. I have always felt supported in my own one-on-ones.”

“Our recruitment process sees new hires shadowing experienced personnel to see how the job is done. It was really helpful for me to learn the processes involved. And now I feel valued when I’m asked to pass on what I’ve learned.”

“TinyPulse is a great forum for giving feedback as it is anonymous. It asks great questions and gives staff the opportunity to give honest feedback about how they feel things are going.”

“Our onboarding process goes to great lengths to make it clear that equality is normal. New staff I work with are impressed to be working with women, but it quickly becomes part of their everyday experience and I really like that.”

“Looking around the office, I see high-calibre women in decision making roles. They’re not here for show. They’re here because they’re highly capable and they were a good fit. I like how normal this is for us. The fact that we hire women for senior positions demonstrates that we’re serious about our commitment to equality.”

“First Focus don’t just pay lip service to their brand promise – they genuine look for the best people. The gender- and race-based biases you might encounter elsewhere simply don’t exist here. Even location isn’t a factor. That’s incredibly refreshing for a woman working in what has traditionally been a male-dominated industry. Whilst that’s definitely changing and we’re seeing a lot more women in technology now, it’s great to be part of a business that values and empowers talent across the board.”

“I feel that inclusive culture and true equality should be synonymous with high-performance.”

Technology drives today’s economy. There are very few businesses that do not rely on IT in some form or another. Even the family-run bakery on the corner in your home town has to order flour from somewhere – and it’s probably online.

This pervasiveness gives IT companies a massive amount of power to drive societal change. What was once considered a niche back-of-house career is now a multi-billion-dollar industry with the capacity to challenge nations (hello Facebook!). As an industry, we touch on many workplaces and private lives. We can help lead the charge on levelling the playing field.

But it relies on growth strategies that push the positive boundaries of what we expect and what we will accept.

“The interaction that most people have with our industry is with someone in an IT support role. This essentially makes these roles the face of our industry and we have a duty to change the stereotype of “the IT guy” being who you call for support.”

IT nerds have a history of repression. We know what it’s like. And we have a choice. We can be ungrateful spiteful beings, jealously guarding our blinking lights and glowering at the successes of others. Or we can help out by sharing what we have, what we know, listening, and responding in kind. And over time, grow our collective glowing hoards.

So, this March 8, as you sip tea and make small talk while wearing pink and purple, take a moment to look at the behaviour in your IT company. And know that what you do and say now – the decisions you make that impact your workplace culture – will challenge people down the line.

And how it challenges them is entirely up to you. 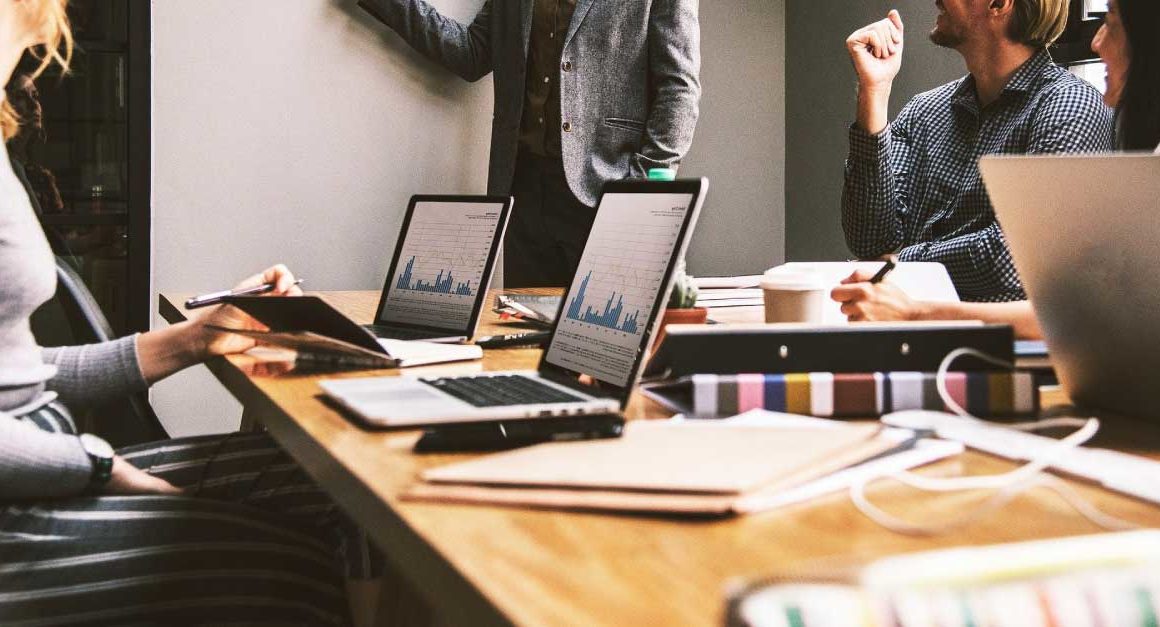 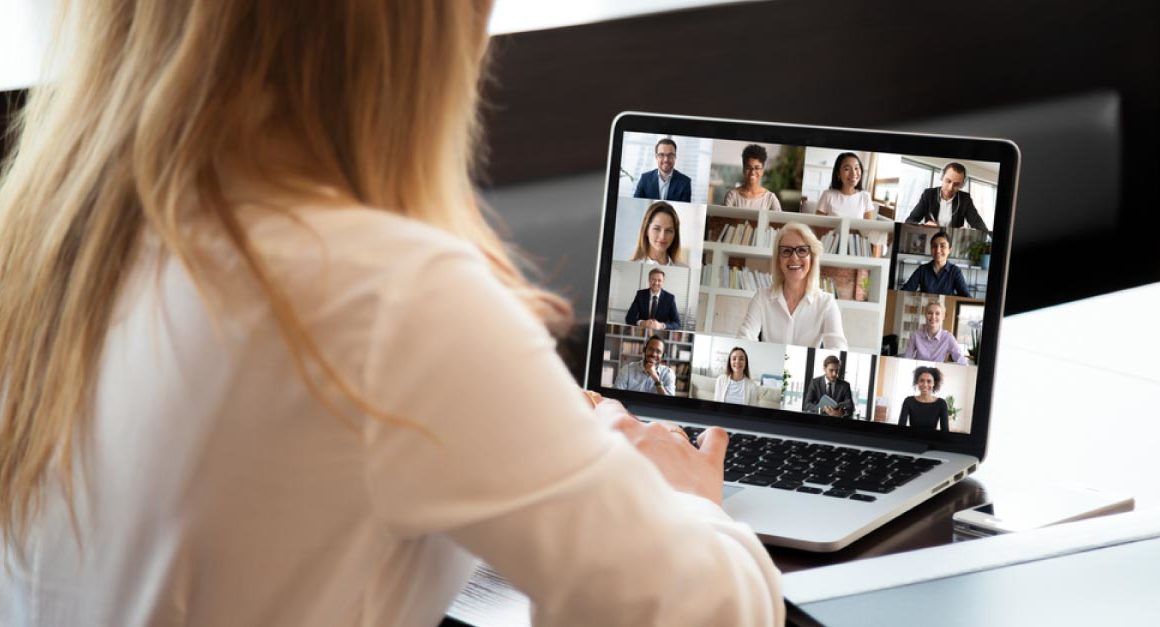 Blog
Is it possible to shape how working from home impacts the culture at your hybrid workplace?
Blog
LEARN MORE
View Build Back Better - making strategic moves with IT outsourcing 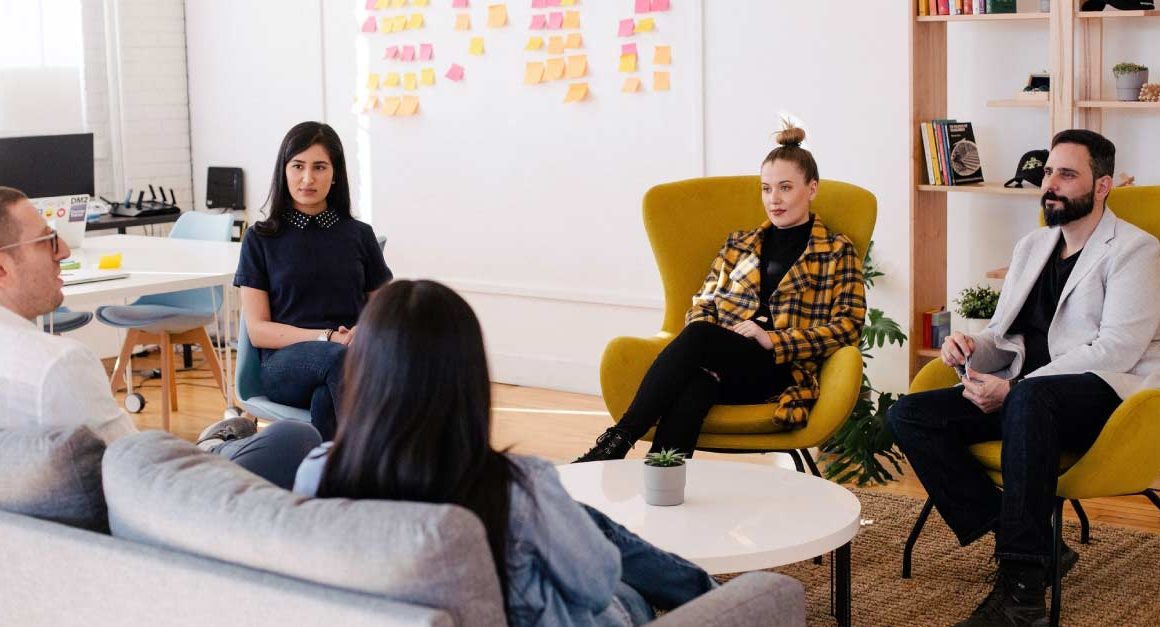 Subscribe to our email newsletter to receive the latest IT and Technology news, updates and case studies.

Blog
Is it possible to shape how working from home impacts the culture at your hybrid workplace?
Blog
LEARN MORE
View Build Back Better - making strategic moves with IT outsourcing